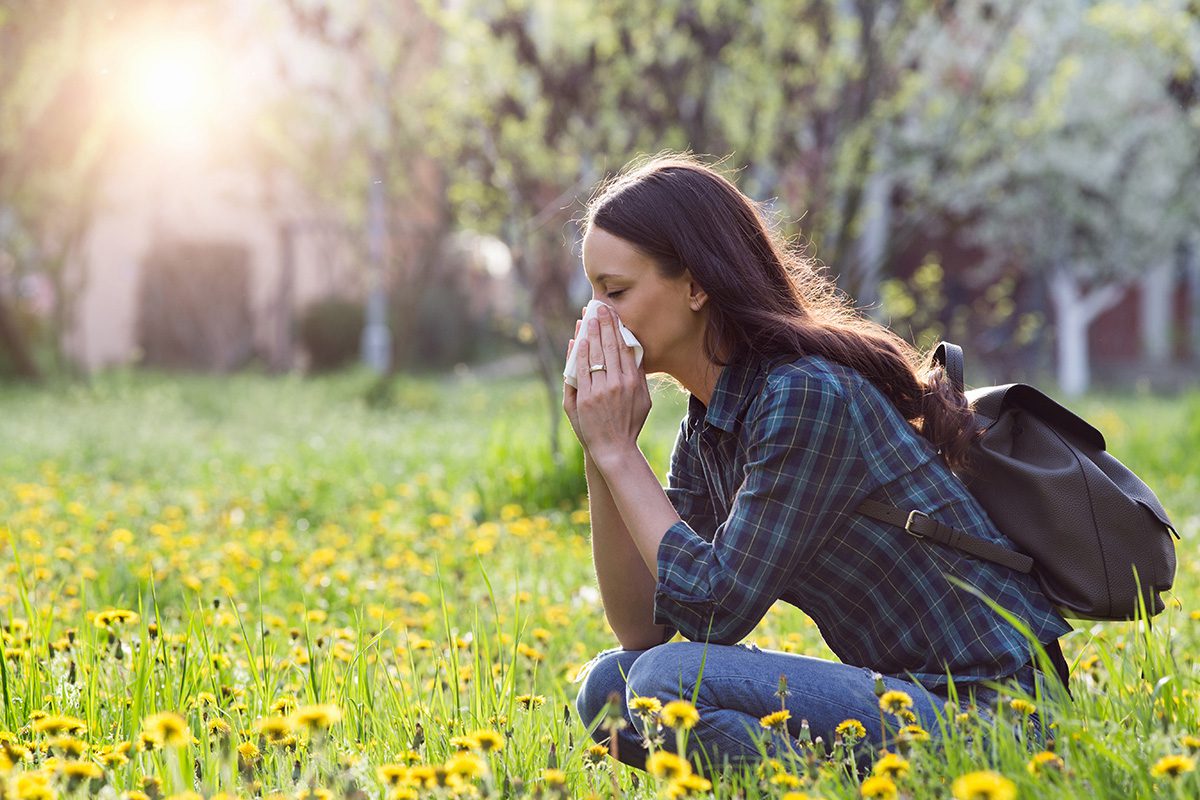 When spring allergens spike, we are glad to be past the cold weather, but many anticipate the “Allergic Nose”! 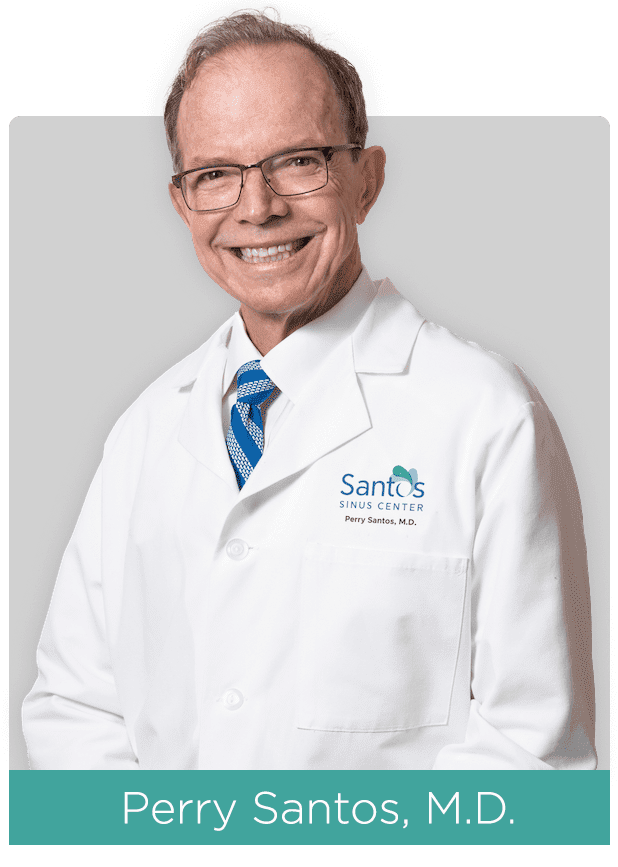 Allergic rhinitis is responsible for the typical annoying symptoms, including itchy nose, congestion, clear nasal drainage (called rhinorrhea) out the front of the nose, and down the back of the throat with sore throat and coughing. Many people with allergies also have asthma, atopic dermatitis, itchy reddened eyes (called conjunctivitis). Allergic rhinitis can be seasonal or year-round (perennial). There are many patients without true allergies, those with so-called: “non-allergic rhinitis”. This could be due to occupational exposure or simply a dusty environment. In either case, what is the most effective treatment: in terms of clinical safety, benefit, ease of use, and cost? And which treatments have the least side effects?

Before considering any allergy medication, the Santos Sinus Center recommends starting by using a sinus rinse with normal saline once or twice daily as needed to control symptoms. Normal saline irrigation is effective, inexpensive, and is a non-medication. Remember always to use distilled water and keep the container clean and dry between uses. A sinus rinse will remove allergens, non-allergen inflammatory particles, mucus and your own inflammatory mediators (e.g.: histamine and other vaso-active chemicals your nasal lining will produce) from the nose. This significantly helps decrease the inflammation in the nose and, for some patients, will be sufficient to control AR. Normal saline irrigation is most effective over the long run when used daily or twice daily, even when we feel minimal or no nasal symptoms. I have had many patients return to the clinic with recurrence of AR symptoms only to find out they had felt so good from previous use of the nasal irrigation they gradually stopped using irrigation. I, too (Dr. Santos), am guilty of the same!

However, normal saline irrigations may not be sufficient when allergens are in high enough concentration or if a patient is sensitive to prevalent allergens. The next line of therapy the Santos Sinus Center recommends are nasal corticosteroids. Numerous randomized controlled studies have documented the benefits and safety of nasal steroids as the first line of medical therapy (4-7). Nasal steroids can be introduced with the standard nasal spray bottle or an irrigation bottle. Nasal steroid spray bottles are over the counter or some by prescription. Some of the most common steroid spray bottles include: Nasonex {mometasone}, Flonase {fluticasone}, Rhinocort {budesonide}, Nasacort {triamcinolone} and many others. Another means of introducing the steroid is placing the corticosteroid powder (commonly budesonide or mometasone) into the sinus rinse bottle with intranasal irrigation application. A benefit of using the irrigation technique is: “washing out” of the allergens from the nose and introducing the steroid throughout the nasal lining. Studies have demonstrated better steroid distribution with the irrigation bottle technique versus the steroid spray bottle (8).

As with any long-term drug use, especially steroids, what is the evidence for or against the safety of long-term use of nasal corticosteroid use? Since the sprays or irrigations are topical, not oral or injected, they have been found to be very safe (10,11).

Studies have shown less than 5% of the nasal steroid dose remains in the nose after irrigation (10). Budesonide is a first-generation corticosteroid that has been considered very safe with insignificant absorption into the body. Mometasone is a second-generation corticosteroid and has an even lower absorption than budesonide based on its higher lipophilicity (tendency to pass through the cell membrane) (11). In addition, the small amount of mometasone that might be absorbed into the bloodstream allows for safer use of a second steroid such as an inhaler for asthma (12).

The potential downsides of the steroid nasal irrigation are more effort (normal saline bottle preparation and dissolving steroid contents), by prescription only and a little more expensive. A potential downside of the nasal spray is the occasional irritation to the nasal lining and risk of nosebleeds at 1-2% (13). In addition, the nasal spray bottle alone will not irrigate allergens from the nose.

Oral and injected corticosteroids are beneficial for allergic rhinitis but should rarely be used due to the many long-term potential side effects. One of the concerns for nasal steroid treatment has been the potential for increases in intraocular pressure and suppression of the adrenal function (Hypothalamic-pituitary-adrenal (HPA) axis dysfunction). Several studies have shown the safety of nasal introduced steroids as extremely safe regarding intraocular pressure and suppression of adrenal function (14,15).

In summary, allergic rhinitis can be more controlled with nasal irrigation using normal saline than doing nothing. However, nasal steroids are recommended as the first line of medicated therapy if this is not sufficient. Nasal steroids are safe, effective, and relatively inexpensive. If nasal steroids are insufficient to control symptoms, consideration should be given to trialing antihistamines. There is a stepwise approach to AR medical management. The patient with severe uncontrolled allergies may want to consider visiting an allergist for testing. The human allergic condition is complex and may require extensive further evaluation and management.

The spring is a beautiful time to marvel at God’s creation of blooming flowers and trees. So start rinsing and enjoy nature!

What Our Patients Are Saying

“I always struggled with allergies year-round and with my deviated nasal septum, I was so congested that I couldn’t sleep through the night. After treatment, my sleep has improved drastically. Dr. Santos made a world of difference in my life, it was a dramatic change. I no longer take any medication.” 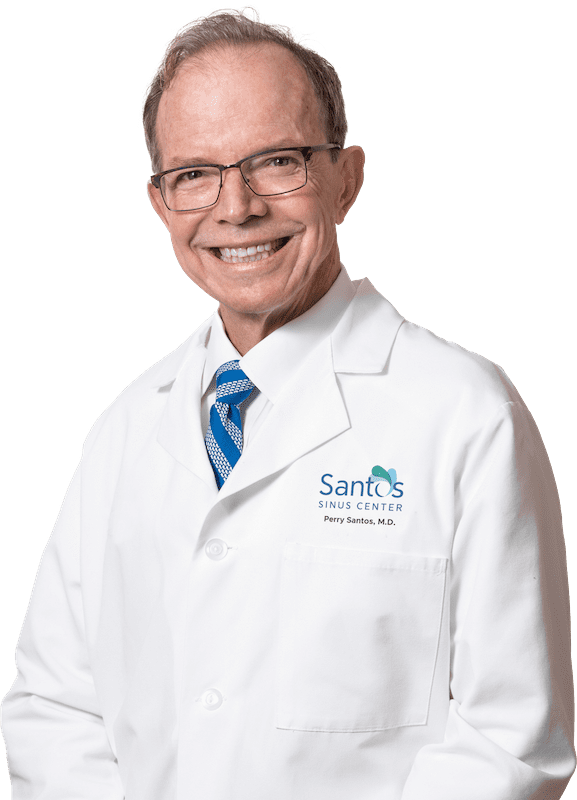 Dr. Perry Santos takes a conservative, patient-first approach and utilizes the latest technology and methods in the field of Otolaryngology – Head and Neck Surgery. His unique five-step process identifies the most beneficial treatment with the least amount of risk and recovery time possible specific to each patient’s history and conditions.

Meet Dr. Santos and learn more about his 5-step process.